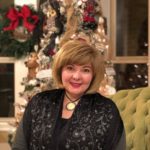 Mayor Neal has been a resident of Weston Lakes since 2013. She is dedicated to making local government accessible and transparent to the residents of this community.

Mayor Neal grew up in Louisiana but her family has roots in Texas. Mayor Neal has always preferred to be outside working in flowerbeds or on projects for her home. She enjoys refinishing furniture, painting, and drawing with charcoals. Mayor Neal loves history, architecture and preservation of historical sites, documents and artifacts. She holds a Degree of Missiology and a BA from LSU. Her life’s work has been investing in people through training, human resources, management, job development for people with disabilities (predominately blind) and supervising a work adjustment program for persons with disabilities.

Mayor Neal has been married to her husband, Jamie Neal for twenty-seven years and both are devoted to family and community. She has always been a strong supporter of family values, hard work and putting people first. Mayor Neal prefers a one-on-one approach where you can really spend time with one another learning about their character.

Mayor Neal is dedicated to serving Weston Lakes and the families who live in our community. While focusing on our future, remaining cognizant of our foundation, we will work together to continue our tradition of being a community where generations live in harmony with nature.

Ted Case, his wife Julia and his family have been residents of Weston Lakes since 1996.  He has had a long career in the telecom industry in various positions throughout the country, and Mr. Case is currently a Vice President with British Telecom, which is involved with the introduction of information, networks and switching technology in businesses and government and as such maintains a vigorous travel schedule.  Ted and Julia have two sons who attended local schools and are currently attending college.  He is an avid golfer and member of the Weston Lakes Men’s Golf Association.  Ted was elected to the City Council in the initial election of 2008.

Denis and his family moved to Weston Lakes in 2006. Denis and his wife Debbie have two grown children who grew up here.  He loves playing golf, fishing, or doing anything outdoors.

Denis DeLuca is a founder and has served as the President and CEO of Biotics Research Corporation since its inception in 1976. He helped the organization grow into an international company, an industry influencer, and one of the largest non-municipal employers in the city of Rosenberg, Texas. He is a co-inventor on five U.S. patents relating to the clinical use of nutrition.

His commitment to charity dates back over thirty years beginning with a networking club he helped establish in Houston with the goal to raise money for the local Spina Bifida Chapter. Denis served many years as a volunteer for the Houston Livestock Show and Rodeo and was a member of the Fort Bend Economic Council for 10 years. At the request of County Judge Bob Herbert, he joined a committee to assist LCISD in achieving Project Lead the Way status and has been a member of the Health Exchange Advisory Board (HEAB) at Oak Bend Medical Center for 13 years.

As a City Council member since 2008, Denis was the Emergency Management Logistics Chief and was educated in many areas of Emergency Management. Denis organized and led the Adopt-A-Highway program for our city along our section of 1093 for four years cleaning up approximately 1500 bags of trash. He was also the Mayor Pro Tem of Weston Lakes for several years. Our City Council members worked with TXDOT to create a designated deceleration lane on 1093 leading to the entrance of Weston Lakes and they worked with the POA and Commissioner Andy Myers to drain and improve Pecan Lake at little cost to Weston Lakes. He is well known for resolving conflict and working well with others.

Trent Thomas and his wife, Elizabeth, have been married  since 1963.  They have two grown children, a daughter, Clancie, and son, Devon, and 5 grandchildren.  He and Elizabeth moved to Weston Lakes in November 2003. Trent graduated from UCLA in 1964 with a degree in International Relations.  He was commissioned through the Reserve Officers Training Corps (ROTC) program, entered active Army service in September 1964 and served over 32 years on active duty, retiring with the rank of Brigadier General.  He is also a graduate of the Command and General Staff College and the Army War College.  He was an intelligence officer who has led and commanded at every level of the Army from Infantry Company Command in the Republic of Vietnam to Major Army Command.  His final assignment was as Commanding General of the United States Army Intelligence and Security Command, where he commanded over 12,000 soldiers and civilians located throughout the world.  He is now a federal contractor as the Senior Vice President of the National Security and Force Modernization Sector of Quantum Research International with over 130 personnel in over 14 locations throughout the world, including Iraq and Afghanistan.  Trent has a strong track record of working in harmony with people to achieve the best possible results.  He is a team builder and knows that we are not enemies, but neighbors who need to work together for the common good.  Trent is active in the Simonton Community Church, where he participates in the choir and acts as a fill-in Sunday school teacher.  His hobbies include golf, skiing and volleyball.  Alderman Thomas was elected to his current position on the Weston Lakes City Council in November 2008.

Bill has been a resident of Weston Lakes since 1996, and has served on the City Council since 2011.  Bill and his wife Rhea are co-owners of bnr associates, Inc., a global senior management consulting firm.  He has more than 30 years of management experience in the Telcom industry with experience in Customer Service, Billing Operations and Finance, Provisioning, and Project/Program Management.  Bill and Rhea have both worked in “Corporate America,” as well as in Canada, the Caribbean, and several third world countries.

As a City in Fort Bend County, Weston Lakes is a jurisdiction and has a “seat at the table” to provide input when changes are discussed and planned, new projects are introduced, and County business impacting any of the jurisdictions is conducted. This is important for us because, as a small City in the Northwest corner of the county, we are away from the major population centers and could be easily overshadowed or forgotten.   Bill represents Weston Lakes on the Highway 36A Coalition Board which is promoting a highway corridor linking Port Freeport to SH6 north of Hempstead, as a part of the multi-modal approach to a comprehensive mobility solution for the region.  He has also been the City representative to the Gulf Coast Coalition of Cities,  a group of 34 area municipalities that have banded together to monitor utility rates and franchise fees, and to provide advice and protection to the member cities regarding rate increases and changes to the utility rate structure.  Bill also shares representation for the City at the Houston-Galveston Area Council of Governments, a region wide association of local governments.  Along with other Council members, Bill participates in many of the opportunities to meet with other local and county government groups.

Bill has been involved with multiple civic organizations over the years.  He has worked with Emergency Management since 2010, and is the Public Information Officer for the City.  He was on the Special Olympics Organizing Committee for the state of New Jersey handling awards and awards presentation for all state-wide games, as well as the New Jersey portion of the International Games.  Bill has also been a member and a Board Member of the Fulshear-Simonton Lions Club for several years, and is on the Advisory Board for Keep Weston Lakes Beautiful. Linda Harnist chose to move to Weston Lakes in 1999 because of its serenity, quality of life and the gates. She was working for a major national builder. During her sales career, she received National, Regional, and Local “Sales-Person of the Year” awards.  From 2004 to 2006, she was a sales professional for a smaller semi-custom builder selling in communities from the Woodlands to inside the loop, before retiring in 2006 to travel.  After living abroad in Australia and France, Linda returned home to life in Weston Lakes and to being active in the community.

Her community involvement includes Weston Lakes POA, Board of Director for the Katy Christian Women’s Connection, and a Board member for the Spirit of Freedom Women. Linda was a Fort Bend County Precinct Chair and Election Judge. She has participated in the planning of the Texana Center’s Tee Off Golf tournament held at the Weston Lakes Country Club and the Weston Lakes Veterans’ Day Dinners. Currently Linda also serves on the Board of Directors of the Texana Center, Fort Bend Subsidence District, and the Rails to Trails Initiative, a multi-county initiative.

Her numerous hobbies include all types of knitting, crocheting and needlepoint, interior decorating, painting furniture, genealogy, growing antique roses, and keeping up with her “girls”, T-cup pups.

Family comes first, and her daughter-Debbie, son-Scott and grandson-Jonah all live within 40 miles of Weston Lakes! Linda and her son Scott share a love of “classic automobiles”.

Since becoming a Council Member in 2016 and assuming the responsibility of the City’s Finance Officer, Linda has completed numerous hours of mandated State Coursework on Finance. In 2018 she was nominated by city council as the Mayor Pro Tem (assumes mayor’s responsibilities when the mayor is not available).

During and after Hurricane Harvey, Linda worked with the POA, County, State (Rebuild Texas), and the Federal Emergency Management Administration as Weston Lakes recovered from Hurricane Harvey. Her hours working for this event alone number in the 100s. One of her many roles during Harvey, was to document the incident, process Development Permits, and helped coordinate debris pick up both with Fort Bend County and private contractors.  Efforts during this time resulted in the City recuperating funds for Harvey related expenses from FEMA.  She is ready to continue her contribution to Emergency Management now and in the future.